November 21 is observed as World TV Day. For those thinking of buying a smart TV for themselves, this would be as good a day as any to get yourself a great deal on a feature-rich Smart TV in India. What’s better, there are deals galore on Amazon and Flipkart to celebrate the occasion (or that’s simply another excuse for a sale). But with hundreds of Smart TV models in the market, it is difficult to choose the right one. That’s where we come in to clear the picture. So let’s look at the best options available for you across various TV sizes under Rs 30,000. A 32-inch TV is ideally suited for one with a budget close to or less than Rs 15,000 and a viewing distance (distance between the viewer and the TV) of seven to eight feet. You get a bunch of official Android TVs in this budget. All TVs here have a resolution of 1366 x 768 pixels and are compliant with popular streaming services like Netflix, Hotstar etc.

Let’s start with the most inexpensive TV of the lot from the TCL sub-brand, iFFALCON. Despite the low price, this TV (Review) packs a punch with loud sound output, built-in Chromecast, wireless remote that supports voice commands, and sleek design. The TV runs Android Oreo and comes bundled with 1.5 GB RAM and 8 GB of internal storage. You get 2x HDMI ports, 1x USB port and a bunch of other connectivity options.

Next up is a new launch from the old Japanese brand, Sanyo (now owned by Panasonic), that boasts of an IPS panel and the latest Android Pie OS for TV. You also get 20 Watts (RMS) of sound output, one additional USB port, and the Amazon Prime Video app pre-installed. The Sanyo Kaizen XT-32A170H too has a voice-enabled remote and Chromecast built-in.

Motorola recently entered the Smart TV market in India and this is their base variant. Just like the Sanyo, this too boasts of an IPS panel, Android 9 OS, a voice-enabled remote along with 2x HDMI and 2x USB ports. The sound output is rated at 20 Watts RMS and is expected to be better, courtesy of an integrated soundbar. The company also bundles a wireless gamepad that looks like an Xbox controller.

Another TV with an IPS panel and a couple of HDMI ports, but this time from a more premium brand, LG. This is not an Android TV and instead, runs Web OS that has apps for most of the major online streaming services including Netflix, Prime Video, and now, Hotstar as well. Unlike most of the TVs in this list, this doesn’t have Chromecast but supports screen mirroring. 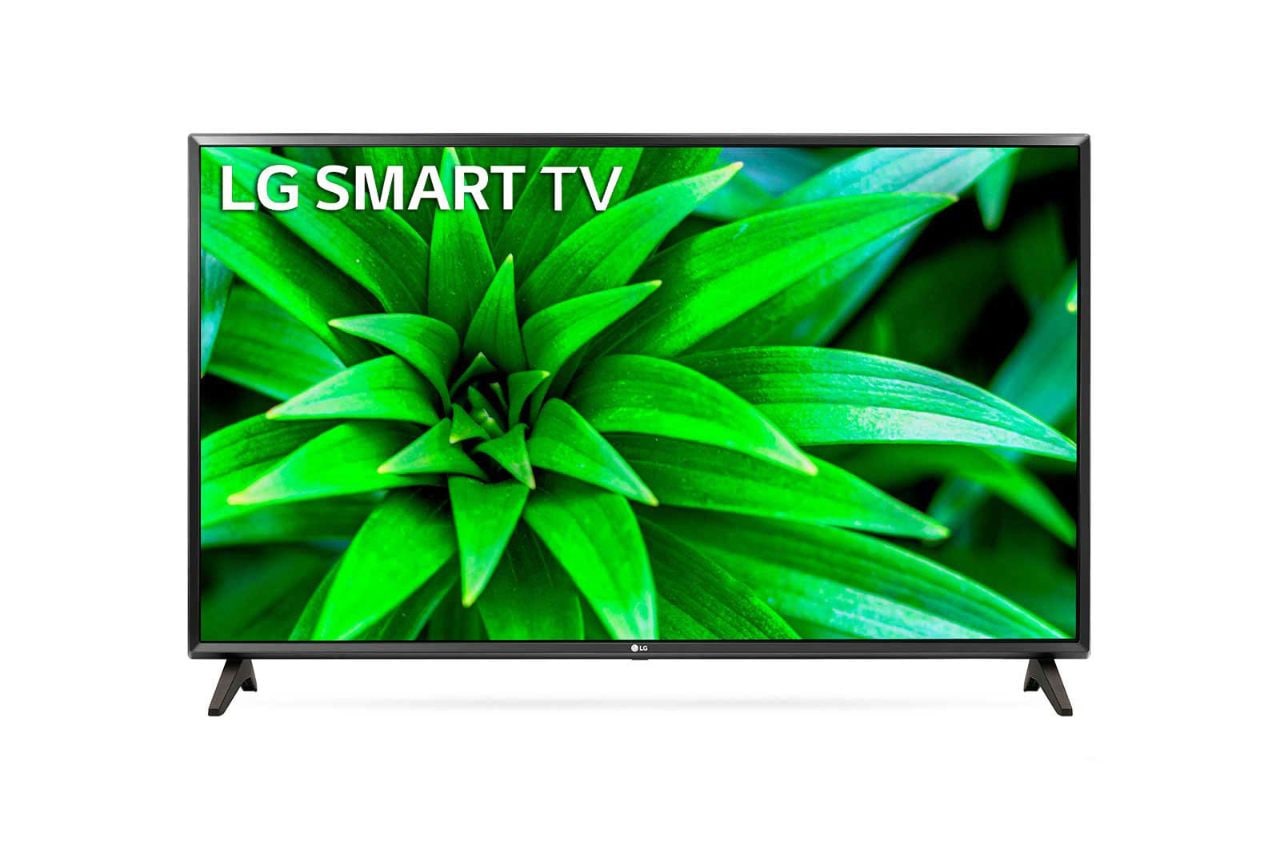 Now we move on to rooms with a viewing distance of nine to ten feet. 40- to 43-inch screens are just right for that distance. While most 40-inch TVs have a Full HD panel, 43-inch TVs are available in Full HD and 4K resolutions both. On a 43-inch screen, 4K resolution doesn’t make a world of difference, but it’s good to have options that don’t demand a huge premium.

This is a 40-inch certified Android TV from Xiaomi that sells at a very attractive price tag and is actually in stock this time. You get a Full HD panel with a resolution of 1920×1080 pixels. Unlike older Xiaomi TVs, there is support for all major streaming services including Netflix, Hotstar, Prime Video, etc. right out of the box. Like all certified Android TVs, this too has Chromecast built-in. It has 3x HDMI and 2x USB ports and 20 Watts RMS sound output.

This is a 43-inch certified Android TV from VU’s new Ultra Android series. Though the series is called Ultra Android, the VU 43GA (review) doesn’t have an Ultra HD panel. You get a Full HD panel but the picture quality is quite impressive for the price with natural colours and good contrast. Add to that fast boot times and quick resume from standby feature, support for all major streaming apps like Netflix, Hotstar, Prime Video, etc. It also has Chromecast support, along with a couple of HDMI and USB ports each, and 24 Watts RMS sound output that’s actually pretty good. 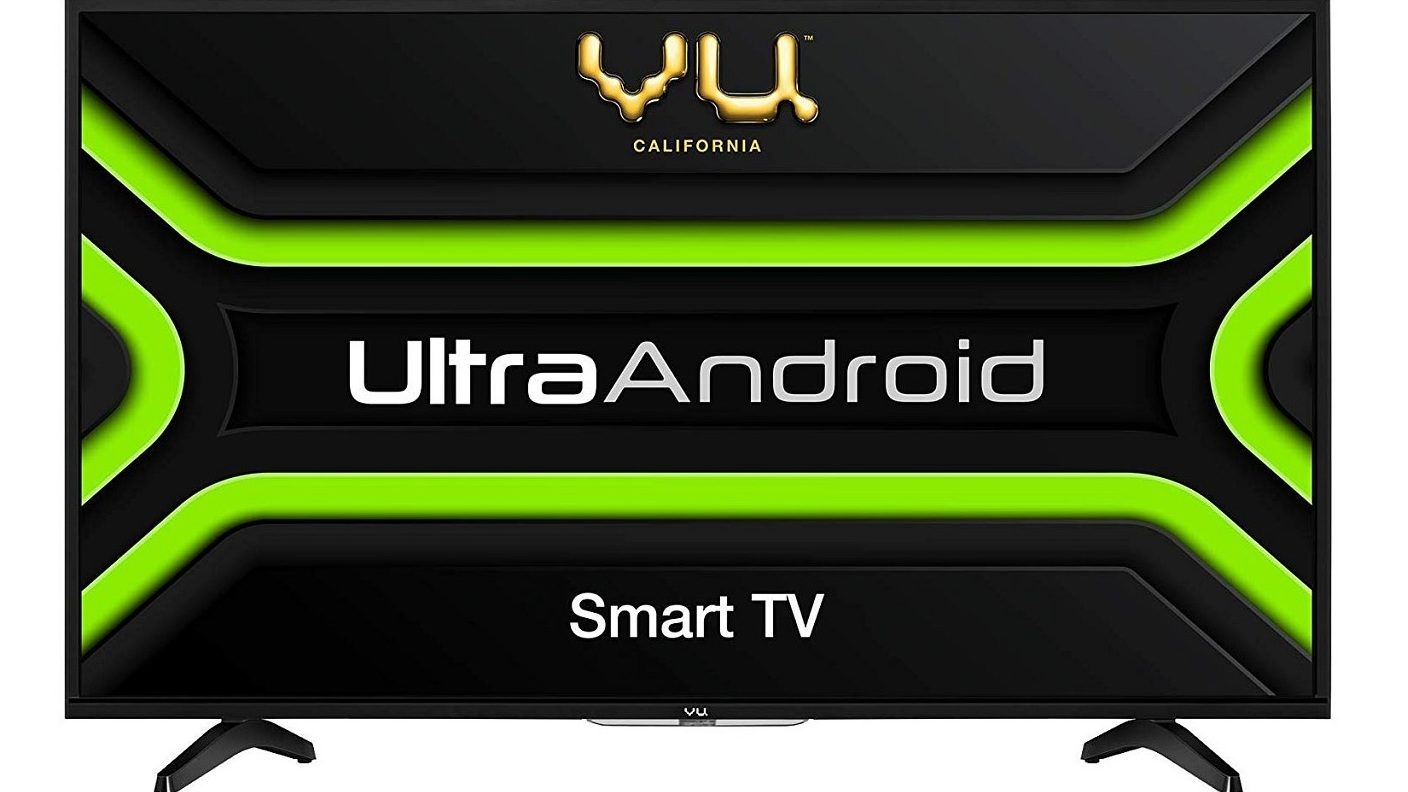 This 43-inch certified Android TV from Thomson boasts of a 4K IPS panel with a resolution of 3840×2160 pixels. You also get a voice-enabled remote control, Chromecast, 3x HDMI, 2x USB ports, along with other popular audio/video ports and support for all major streaming services. The Thomson 43 OATH 1000 (review) produces good quality sound courtesy of a built-in soundbar rated at 30 Watts RMS. At its heart is a quad-core processor with a generous 2.5 GB of RAM and 16 GB internal storage.

Now, this is one unusual but very effective alternative. The Samsung UA43N5010ARXXL is a 43-inch Full HD non-smart TV with pretty good picture quality. Couple that with an Amazon Fire TV Stick and you have a smarter TV. This smart combo sells on Amazon for a Rupee under 30K, and would not be a bad buy at all for the brand-conscious buyers. You get 2x HDMI, 2x USB ports and 20 Watt RMS sound output on this TV. An Amazon Fire TV stick needs no introduction, I hope.

Now let’s shift to larger living rooms where you can have a viewing distance of up to 14 feet. If the distance is around 10 to 12 feet, a 49 or 50-inch TV will be a good fit. Anything in excess of 12 feet and you can opt for a 55-inch variant. It is advisable to opt for 4K resolution in these screen sizes. I doubt you get a lower resolution 55-inch screen anyway.

The TCL sub-brand goes nuts with its pricing in every Flipkart sale, and this time it is no different. The company is offering major discounts on their K31 series of TVs. So much so that you can buy a 50-inch 4K variant for the price of a 43-inch 4K TV from competing brands, and a 55-inch variant for just Rs 4,000 more.

Both TVs have 4K panels with a resolution of 3840×2160 pixels and support for 1.07 billion colours. You also get a voice-enabled remote control, 3x HDMI, 2x USB ports along with other popular audio/video ports and support for all major streaming services. It also supports AI picture adjustment and micro dimming. It is powered by a quad-core processor with 2 GB of RAM, 16 GB internal storage, and runs Android Pie OS.

The Mi TV 4X 50 belongs to the most recent lineup of Xiaomi’s smart TVs that support Netflix and Prime Video out of the box. But you still have to put up with an overly minimalistic remote without input selection, settings or mute buttons. It has a bright, 50-inch 4K panel with vibrant colours and good contrast. It is powered by an Amlogic quad-core processor with 2 GB RAM, 8 GB internal storage and offers 3x HDMI ports, 2x USB ports, among others. Yes, there’s Chromecast built-in, and unlike its predecessors, you can cast Netflix and Prime Video to it too, if you don’t like the preinstalled apps. There is a noticeable improvement in the sound output as well.

(Also read: Xiaomi, iFFALCON, Sanyo and others offering the best deals on Smart TVs on Amazon and Flipkart (October 2019))